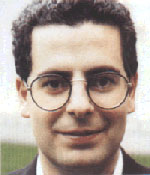 “Ryan S. Wood has done a phenomenal job in drawing together a vast body of evidence to support the theory that UFOs exist, that some have crashed on Earth, and that governments know more about this than they are saying. Most people have heard of Roswell, where in July 1947 something crashed. To the skeptics, it was a weather balloon; to the believers, an alien spacecraft. But Wood suggests that Roswell was merely the tip of the iceberg and presents evidence not just of one UFO crash, but of 74. Drawing on testimony from military witnesses and citing formerly classified government documents, Wood constructs a compelling case for the UFO. And most disturbingly for the skeptics, he only has to be right once, and the world changes forever.”